Company On Track For Record Growth As Expansion of Global Customer Base Continues FY19 first quarter revenue of $6.8 million puts company on track to achieve guidance provided of year over year... 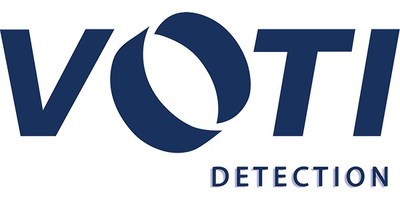 "Our First Quarter F19 results put us on track to achieve our forecast growth for the year", commented Rory Olson, President and CEO of VOTI Detection, "We are experiencing significant momentum in all geographies and sectors. Our sales pipeline is the strongest we have ever seen and is solidly trending higher versus last year. With our breakthrough order received in the quarter from Carnival Cruise Line, a major repeat order for 125 machines from one of our main customers in Southeast Asia and the inroads that we are making in the events sector, with first time orders from the Washington Nationals Baseball Club and US Bank Stadium in Minnesota, our global footprint continues to expand. We continue to forecast 25% growth in revenues in F2019 versus F2018, as we benefit from the many exciting strategic initiatives that we have put in place over the past year."

Financial Highlights
(Unaudited, all amounts are in Canadian dollars)

VOTI added 145 units to its global footprint of units deployed in the quarter. First quarter shipments were made to a broad range of customers over a wide geographic base and included first time shipments to Carnival Cruise Line that announced an order for 91 units to be deployed at nine of the company's North American cruise ship ports. In addition, the Company began shipments on a major order received from a repeat customer in Southeast Asia for 125 machines. This is the third year in a row that this customer is ordering additional machines from VOTI.

Gross Profit*
Gross profit in the first quarter F2019 decreased to $2.4 million, or 35% of revenue, compared to $3.5 million or 41% in in the first quarter F2018. The gross profit percentage decrease resulted from a higher mix of software and service revenue that generates higher gross margins, as well as a change in the geographic mix of sales during the comparative quarter in F2018.

Adjusted EBITDA*
Adjusted EBITDA for the first quarter F2019 decreased to ($0.5 million), compared to $1.8 million in the first quarter F2018. The decrease is primarily related to the lower gross profit due to changes in product mix related to significantly more sales of higher margin software and training revenues in Q1 F2018, geographic mix, as well as increased general and administrative and selling and distribution expenses incurred in Q1 F2019 to support the Company's growth.

Net Loss
Net loss for the first quarter F2019 increased to $1.6 million, compared to a net profit of $1.4 million for the same period in F2018. The decrease is primarily related to the decrease in gross profit, as well as the increase of non-cash share-based payments and reverse acquisition of Steamsand expenses. In addition, the Company increased the number of personnel and consultants to support the Company's growth. Due to a delay in shipping, the first quarter of F2018 was also positively impacted by the previously detailed benefit of the inclusion of $2.5 million in additional revenue that was initially expected to be recognized in the fourth quarter of F2017.

Going Public Transaction
On November 13, 2018, VOTI announced the completion of its previously announced qualifying transaction with Steamsand Capital Corp. under the policies of the TSX Venture Exchange, which took the form of a three-cornered amalgamation involving VOTI Inc., Steamsand and 10971260 Canada Inc., a wholly-owned subsidiary of Steamsand. VOTI Detection's common shares were subsequently listed and posted for trading on the TSXV under the symbol "VOTI" on November 19, 2018.

*Non-IFRS Financial Measures
Certain financial and non-financial measures included in this news release do not have a standardized meaning under IFRS and therefore may not be comparable to similar measures presented by other companies. The Company includes these measures because it believes they provide to certain investors a meaningful way of assessing financial performance. For a more complete description of these measures and a reconciliation of VOTI's non-IFRS financial measures to financial results, please see VOTI's Management Discussion and Analysis for the quarter ended January 31, 2019.

VOTI's definition of the non-IFRS terms are as follows:

Gross margin % is defined as Gross profit divided by Revenue.

Adjusted EBITDA is defined as net income or loss before net finance expenses, depreciation and amortization expense and income tax expense, share-based compensation expenses and items that Management believes do not necessarily arise as part of the Company's normal day-to-day operations and could distort the analysis of trends in business performance.

Adjusted net loss is defined as net loss adjusted for share-based compensation and items Management believes do not necessarily arise as part of the Company's normal day-to-day operations and could distort the analysis of trends in business performance.

About VOTI Detection
VOTI Detection, headquartered in Montreal, Quebec, and recently listed on the TSX Venture Exchange, is a leading-edge Canadian technology company that develops latest-generation X-ray security systems based on 3D Perspective™ technology. VOTI's technology produces remarkably sharp and more revealing X-ray images that are competitively superior while delivering enhanced threat detection capabilities and an improved user experience. Since its inception, VOTI has installed scanners in more than 50 countries and has consulted heavily with government agencies and security specialists worldwide to develop feature-rich and easy-to-use scanners that meet the sophisticated needs of modern security screening operations. www.votidetection.com

This release includes forward-looking information within the meaning of Canadian securities laws regarding VOTI Detection and its business. Often, but not always, forward-looking information can be identified by the use of words such as "plans", "is expected", "expects", "scheduled", "intends", "contemplates", "anticipates", "believes", "proposes" or variations (including negative variations) of such words and phrases, or state that certain actions, events or results "may", "could", "would", "might" or "will" be taken, occur or be achieved. Such statements are based on the current expectations of the management of VOTI Detection, and are based on assumptions and subject to risks and uncertainties. Although the management of VOTI Detection believes that the assumptions underlying these statements are reasonable, they may prove to be incorrect. The forward-looking events and circumstances discussed in this release may not occur by certain specified dates or at all and could differ materially as a result of known and unknown risk factors and uncertainties affecting the company, including risks regarding the threat detection technology industry, failure to obtain regulatory approvals, economic factors, management's ability to manage and to operate the business of VOTI Detection, the equity markets generally and risks associated with growth and competition. Although VOTI Detection has attempted to identify important factors that could cause actual actions, events or results to differ materially from those described in forward-looking statements, there may be other factors that cause actions, events or results to differ from those anticipated, estimated or intended. Accordingly, readers should not place undue reliance on any forward-looking statements or information. No forward-looking statement can be guaranteed. Except as required by applicable securities laws, forward-looking statements speak only as of the date on which they are made and VOTI Detection does not undertake any obligation to publicly update or revise any forward-looking statement, whether as a result of new information, future events, or otherwise.